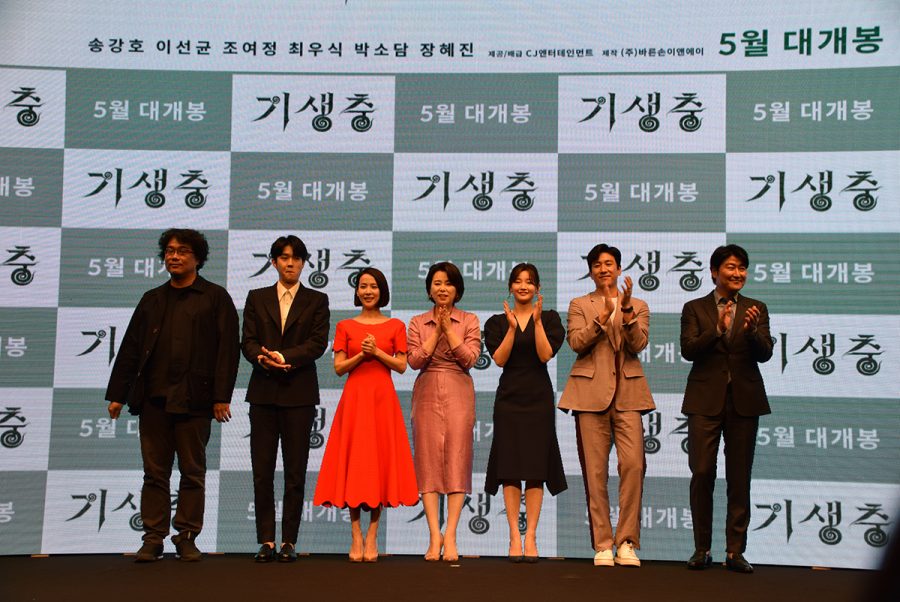 It’s official; Parasite, the genre-bending, class commentary film by South Korean director Bong Joon-Ho has taken home the Academy Award for Best Picture, along with three other awards, earning the most hardware from this year’s Academy Awards and earning the distinction of the first foreign-language film to win Best Picture.

And yet, many American viewers have yet to see the movie, mostly due to the language barrier resulting from the fact that the movie is in Korean. I sincerely hope that this changes due to the film winning Best Picture, because Parasite is quite possibly the best film that I’ve ever seen and the most severely underrated film of all time.

The basic premise for the film is simple: the film follows the poor but conniving Kim family and the rich Park family. The Kim’s worm their way into various positions within the Park household, all the while disguising themselves as unrelated experts in their  respective fields. From this premise unfolds a tapestry of twists, turns and surprises, culminating into a thorough examination of South Korean class-warfare and an indictment of the social class system.

Calling Parasite hard-to-categorize is an understatement, as it masterfully blends, bends, and breaks the rules of genre, being one part comedy, one part thriller, one part horror, and one part heist. Predictions are impossible, as the film metamorphosizes and evolves into something new, relentlessly branching off the beaten-path to tell its story. But each twist is foreshadowed in some capacity, which not only gives the impression of an incredibly tight script, but also adds re-watch value later on.

Every character in Parasite is multi-dimensional – easy to both love and hate – showcasing the complexity of the human condition. These characters, and the film in general are supported by impeccable cinematography, crisp dialogue, and outstanding performances by Kang Ho-Song and Lee Jeong-Eun, who embody their characters and evoke reactions of laughter, anger, pity, and sadness all at once.

I cannot overstate the excellence of this film, and the only way to truly experience its perfection is to see it for oneself.