Are Movie Theaters Going the Way of the Dinosaur? 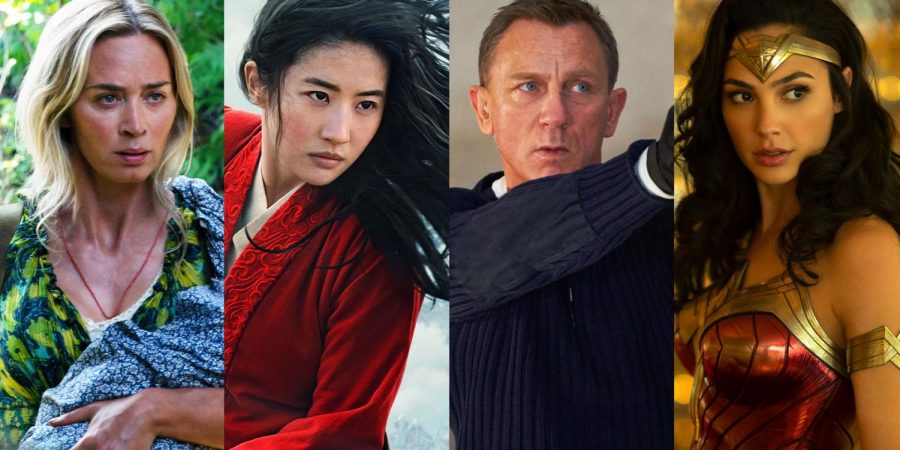 2020 was an unexpected and tumultuous year for humanity. Not only did more than 500,000 Americans die of the Covid-19 pandemic, but the US economy was decimated by the lack of business that stemmed from the virus and related shutdowns. While local businesses were impacted especially hard by Covid, a larger industry saw a devastating impact as well. The entertainment industry describes many forms of entertainment such as TV shows, movies, video games, and everything in between. And while all forms of entertainment were impacted by the pandemic, movies saw an especially devastating impact. The main reason for this is the forced closure of movie theaters.

In a normal year, most big-budget Hollywood movies are released in theaters for about a month. Expensive per-person ticket costs maximize the profits for the production and distribution companies. About 60% of a film’s ticket sales go to the studio, while the remaining money goes mainly to the theater. It’s important to recognize that the theaters themselves profit significantly from these ticket sales, as well as the absurdly high prices of food and drinks (I’m talking about you, AMC). After a movie’s run in theaters, it usually transitions to a paid service such as “Vios On Demand”, in order to squeeze the most possible profit from the movie’s “new” status. After that, most movies wind up on streaming services such as Amazon Prime Video, Netflix, HBO Max, or Hulu. Movies also make money through merchandise. For example, if I buy a Jar Jar Binks action figure, some of that money goes to the company that produced the toy, but much of it will go back to the owner of the trademark: Disney.

Now let’s take a look at what happened in 2020. I am personally a huge movie fan. I was very excited for new 2020 film releases such as Top Gun: Maverick, No Time to Die, Dune, and Godzilla vs. Kong, just to name a few. When Covid cases began to rise in the US, people were hesitant to go to theaters, so production companies pushed back the release of their movies, expecting only a temporary delay. Obviously, that delay became much more than temporary, and studios were forced to wait while they decided how to release their movies.

Warner Brothers decided to release Christopher Nolan’s Tenet in theaters in late August, in an attempt to see how audiences would react to in-theater premieres. I actually went to see Tenet in theaters (socially distanced and wearing a mask the whole time) back in August, and my theater was almost empty. Tenet underperformed immensely due to Covid fears, social distancing restrictions, and the fact that no one knew what was happening in the movie. It grossed only $360 million, a long way off from their projected revenue of $650 to $800 million. Due to Tenet’s relative failure in the box office, companies decided against releasing other blockbuster movies in theaters. For the most part, these companies did not want to release their films on streaming platforms as this would obviously decrease the film’s overall revenue.

In early September, Disney tried just that: they released Mulan on Disney+, on the condition that users pay an extra $30 fee. While Mulan’s overall performance was less than expected, Disney+ saw a 68% increase in subscribers the weekend Mulan was released. This proved that audiences were willing to download a streaming service just to watch blockbuster films. A combination of these two strategies was used for Wonder Woman 1984, which was released on HBO Max and in theaters on Christmas Day. As of now, Warner Brothers’ entire 2021 movie schedule, including Godzilla vs. Kong and Zack Snyder’s Justice League will all be released both in theaters and on HBO Max. The studio hopes that enough people will go to see these movies in theaters, while some of the loss in revenue will be made up by new HBO Max subscriptions. The company knows that these movies will likely not make as much money as they would have under normal circumstances, but that their profits will be sufficient enough to support the company as the pandemic subsides.

Many filmmakers are opposed to the decision by Warner Brothers. In particular, the team behind Dune voiced their opposition. Denis Villeneuve, one of the directors, said, “Streaming can produce great content, but not movies of Dune‘s scope and scale. Warner Bros.’ decision means Dune won’t have the chance to perform financially in order to be viable and piracy will ultimately triumph.” He also argued that  the “movie’s image and sound were meticulously designed to be seen in theaters”. Villeneuve, among others, worries that this new release strategy could diminish his movie’s profit so much that the next film (Dune is a 2-part movie) will not go forward.  An epic on the scale of Dune must be seen on “the big screen”.

Obviously there is no right or wrong answer for movies going forward. The industry movie remains strong, as films such as Jurrasic Park Dominion and the next Mission Impossible movie continue filming with strict Covid-protocals. Perhaps the most devastating impact on the entertainment industry fell on theaters. With many movies being released straight to streaming services, AMC and other theaters see a bleak future. Even worse, smaller, locally run theaters have been disappearing for years, being boxed out by larger chains. Unfortunately, the pandemic could be the end of the road for many such theaters.

Overall, there is no question that movies will continue to be made and released, especially as we begin to get the pandemic under control. The real question for is theaters: even after Covid is gone, will people still want to pay to see a movie that they could watch on their couch at home? I would argue that couch-watching cannot rival the cinematic experience of a theater. The specially-designed sound, large screen, and popcorn make movie-watching a great experience, and a great way to hang out with others. If you agree, consider going to see your next favorite movie in a theater, as long as it is safe. Even better, if you can support a small local theater; they could use your help even more.

If you want to learn more about what movies were delayed and when/how they will be released, this link is very helpful: