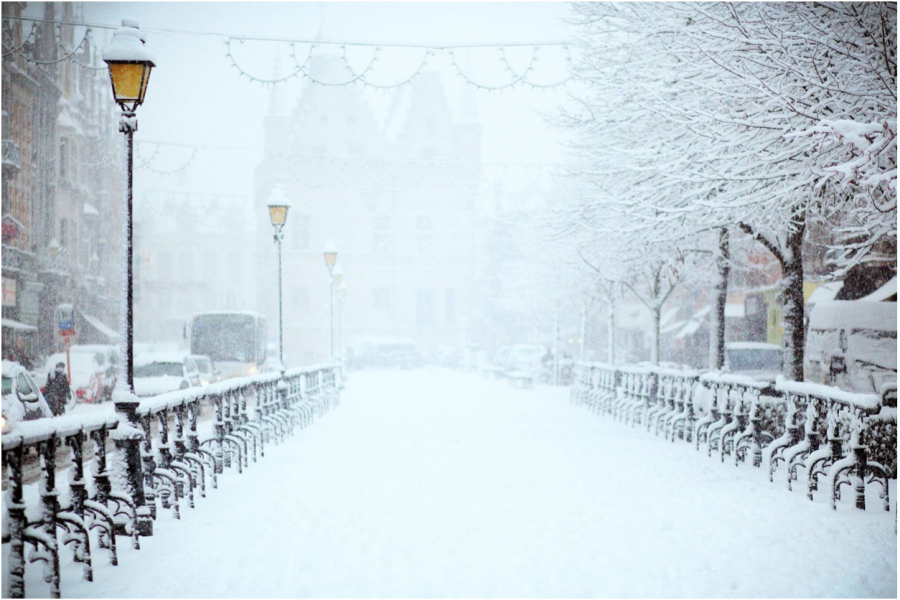 Nobody likes to think about winter in the middle of April, unless they are demented but December always comes.

And yes, you could say “sarcasm is the lowest form of humor”, but from a Utilitarian perspective, is that really making the world better? Didn’t think so. Fun fact: I had originally begun writing this article more than two months ago, before I procrastinated so hard that my spine nearly inverted. Better late than never, but better on time than late, and perhaps better never than better ever, depending on the quality of the article to follow.

Perhaps it’s a biased viewpoint, to espouse the virtue of snow days from the perspective of a student intent on days without school, but every viewpoint is biased, and they all deserve to be heard.

It seems any story told these days is a story about Covid in some way, and this story is no different. I’ll take you through the song and dance you’ve heard before: Quarantine shook and realigned the poles of the Earth. The zeitgeist swirled around its eye, sometimes at the important things, and sometimes (mostly) at the stupid little foibles that get us through the indoor days. So really, business as usual.

So, technology was used, creating the new and precarious institution of “online school”. And in this process, a door was opened, while another was simultaneously closed. Now, the phrase “when quarantine ends…” every day seems slightly loftier, more ambitious, more insane of a truth to assert, but I’ll say it anyway. When quarantine ends, this experiment with online school will not. Open door.

Snow days can now simply be avoided with the new technologies previously unutilized. But should they be avoided? I told you at the beginning of this article, and you would likely be able to predict anyway, that I don’t think they should, and what I think is law.  So I merely may write the rest of this article appealing to some simpering nostalgia in the cold, frozen, grinch-esque hearts of those bitter and repressed adults who just want students to have no fun at all, but that would both be intellectually dishonest and rather unsatisfying for me. Instead, I’ll argue that snow days are legitimately beneficial for the functioning of society, and for the mental health of children.

Yes, this is in good faith. Is this satire? It’s whatever protects me from criticism. Put it in a category called “directionless wit”. And if it is satire, then I believe the formal term for what I am is either a rebel or a class traitor, depending on who, what, or when I’ve satirized.

Any student thinks school is hell, and if they say they don’t, they’re an outlier, or, more likely, lying. This is because, as young people, we think in odd ways. However, I’d not assign the irrationality solely to age, as we all have at least one adult we think is stupid (usually a parent). But it’s the truth that school is taxing (it’s meant to be), that it’s impossible to appreciate the long-term effects until you can see them right in front of your face, that it’s boring if you don’t enjoy or understand the subject material, and that, in a world that’s been thrown to the wolves,  everything is harder.

Essays, tests, homework, the fact that I procrastinate on these until they become enormous problems isn’t an excuse for the school not giving me an occasional break in spite of their schedules and policy.

This has been the rule for, if not all of time, at least the last few decades in American history, and those two things are essentially the same. Kids don’t like school, and sometimes snow makes it impossible for them to go; it’s nature’s way of allowing kids to have their unscheduled day of fun, and for parents and adults to shrug and say “nothing I can do about it”.

Now, there are likely struggles associated with school days that are inflicted upon school administrators and teachers, that I will not go over, because I also haven’t any empathy.

And fun is the most important thing. I read The Picture of Dorian Gray, and the message I took away from it is that hedonism is good and unproblematic.  It’s a basic childhood joy, a stilling of chaos, of tiredness, a day to rest, where the forward crawl of learning and progress can be rejuvenated by a moment to recharge. The greatest joys, and the most fragile, are the innocent ones, of childhood.

(Unironically and unsarcastically, the weak and wispy joy of my childhood I hold currently is constantly at risk of dying, and a not insignificant portion of it is legitimately predicated on the tradition of, for one day out of hundreds, being at my house instead of another places for less than 12 hours.)

Regardless of the ridiculousness, of the ease of trivializing it, parodying it, satirizing it, there are small “perks” that people need. Even better when those small things are a communal experience, an all-encompassing joy, a tradition encoded into that unwritten book of Americana that each of us prays to every night before we go to sleep, to once more wake up in a cruel, tiring world. It’s not a great battle, or anything like that; just a small antidote for monotony.