Conviction Hailed as a Victory for Justice. 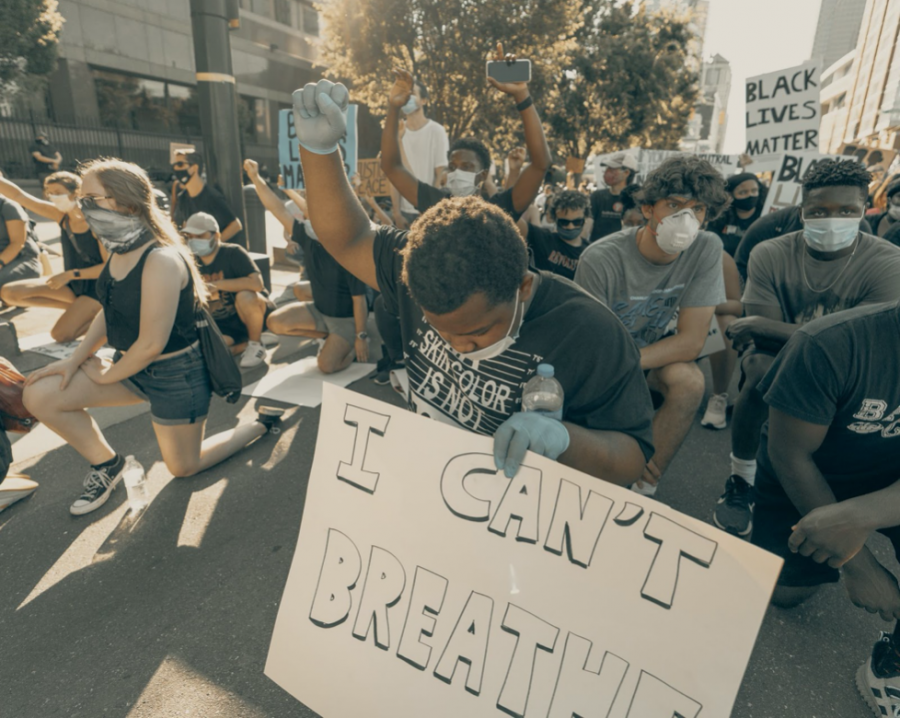 To say “the nation held its breath” is an old cliche in America. However, it is undeniable that millions of Americans, of all colors, released a sigh of relief late today, in the name of justice for those whose breath was stolen from them.

Derek Chauvin, the police officer who killed George Floyd, and thus sparked the summer of protests and riots that all of us were witness to, has been convicted of second-degree unintentional murder, third-degree murder, and second-degree manslaughter. This verdict represents a victory for the Black Lives Matter movement, which has furiously fought the widespread police brutality committed against people of color.

Those furious over the now infamous nine minute video of Chauvin kneeling on the neck of Floyd, have most definitely not gone away, rightfully not, but may find contentment with the fact that Floyd’s family has received, in their own words, “painfully earned justice”.  Chauvin will be sentenced by a judge in approximately eight weeks.

The trial itself was not free from scandal, which included the comments of Congresswoman Maxine Waters (D-CA), taken by some to be jury intimidation. However, history will likely strip this trial down to the bones of the crime, the accused, and the verdict, and it is the opinion of this author that we have not disappointed history, and that future generations will not feel disgust upon revisiting this time.

However, anyone can see that Floyd’s death, while the inciting incident for the mass protests that, along with the Covid Crisis, characterized 2020, sparked a social revolution. America, on the whole, has, painfully, been made aware of the vast abuses of police power, especially against Black and Latino communities. This is not to say that none have spoken of it. Of course they have. America simply didn’t listen.

Floyd’s name joins others in the mouths of protestors, in the demands of the protests. Breonna Taylor, Elijah Mcclain, Ahmaud Arbery and should have been Rodney King.  But as Martin Luther King, Jr., the great pastor once said, “the arc of the moral universe is long, but it bends towards justice.” This verdict is not a complete realization of justice. Not even close. But after acquittal and acquittal and acquittal, paid leave, leniency, unaccountability, after repeated and tacit admissions from the justice system to people of color that their lives did not matter, after attacks from the media on the character of victims to police violence, after the cops who killed Breonna Taylor were punished only for the shots that they missed, this is the first step towards it.

And isn’t that what you can hear, in the joyous cries of demonstrators outside? The first steps towards justice? America has never been for everyone, explicitly or implicitly, and the fight to change that has been long, arduous, and painful. A stanza from Langston Hughes’ poem, “Let America be America Again” comes to mind:

I say it plain,

America never was America to me,

And yet I swear this oath—

This is but a step in that journey, a step that started with rebellious slaves breaking tools or jumping off the ships carrying them into bondage, and continues today with not just issues of police brutality, but with voter suppression, the wealth gap, still-persistent discrimination in the housing and labor markets, implicit bias, and a vision of history decentering the pain that America was built off of. The fight is still on. Chauvin may appeal, may receive a second trial. Yet, this verdict, perhaps small, of one man convicted of three crimes, nevertheless is impossible to ignore as a victory in the fights for equality and justice.

Hopefully, it will be the first in a line of long victories to come.