Changes at the Top of Germany's Government? 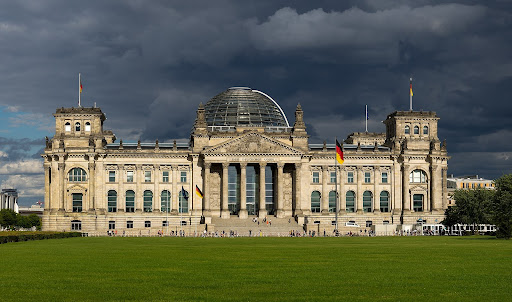 German Chancellor Angela Merkel has became, over the past 16 years, practically a geopolitical institution in and of herself. Forbes magazine deemed her “the most powerful woman in the world” for every single year she was in office, with the exception of 2010. She was often called the de facto leader of the EU, directing Europe through 16 years of crises—the collapse of the Eurozone, the refugee crisis, and Covid. Now, she has stepped down from office.

Olaf Scholz is the most prominent hopeful. His party, the center-left Social Democratic Party (SPD), won a slim plurality of seats in the most recent German election. The far-right Alternative for Germany (AfD) party, having capitalized on reactionist sentiment following the 2018 refugee crisis, has since lost ground, and shrunk from the third to the fifth largest party in the Bundestag.

What coalition will form is, as of writing, up for debate. During Merkel’s chancellorship, power was formed around a triumvirate of centrist parties: the SPD, the Christian Democratic Union (CDU) and Christian Social Union (CSU), the latter two being very closely aligned. Given that the SPD and the CDU/CSU are still the two largest parties in Bundestag, any coalition will likely have to include them. They do not, however, want to form a “grand coalition” with each other, which would give them an absolute majority in the Bundestag. Thus, other options must be explored.

Germany’s Green Party, and the liberal Free Democratic Party (FDP), may be the kingmakers of the next German parliament. Combined, they have won enough representatives to form an absolute majority if they both ally with either the SPD or the CDU/CSU. At the moment, a coalition between the SPD, the Green Party and the FDP is considered the most likely, which would leave Olaf Scholz the German chancellor.

The German system, thus, allows for extremist views (such as those of the AfD) to be cordoned off, and ignored—they are not necessary for the formation of a functioning government, and nobody wants to work with them. Had Die Linke (literally “the Left”) won more seats in the last election, one might predict something similar happening there.

Thus, Germany is not set up for any drastic change. Whoever the next chancellor of Germany is, they are virtually guaranteed to be not radically different from Merkel herself: an unflashy statesman or stateswoman not veering too far to the right or left of the German Overton Window. It will, most likely, either be Olaf Scholz or Armin Lasch, who are the leaders of center-left and center-right parties respectively.

In years past, this could likely have been considered utterly acceptable and ignorable. However, the public resorts to radicalism once, as Yeats said, “the center cannot hold”.  One cannot help but consider if the German political center can, or, if in our times of crisis and failing neo-liberalism, it even should. 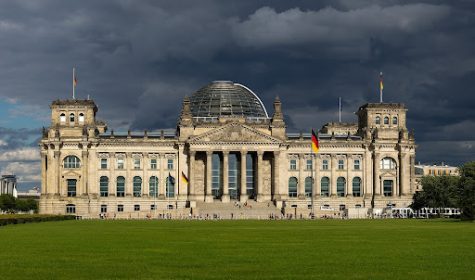