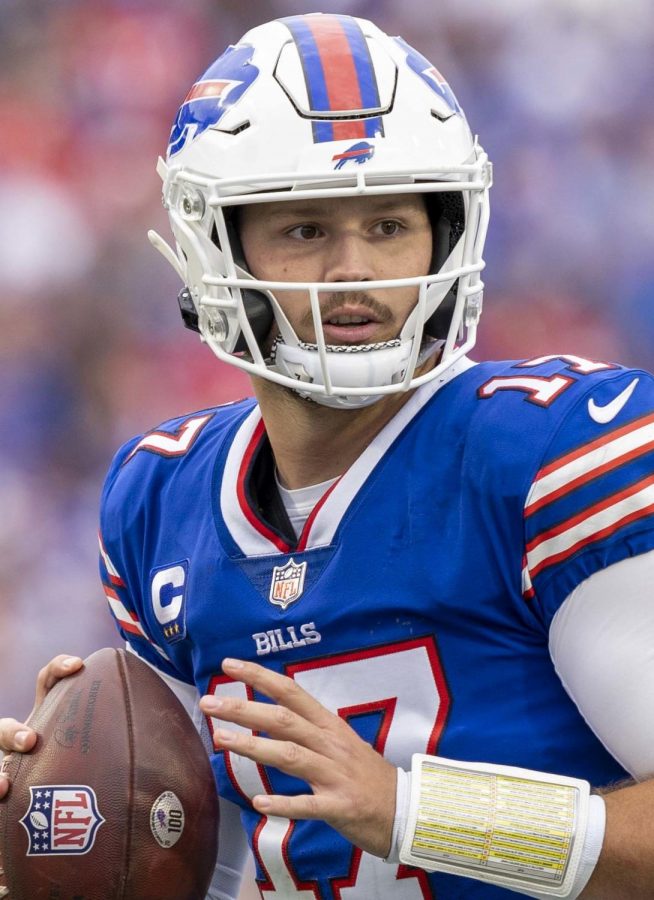 The Buffalo Bills QB did not disappoint on Thanksgiving night, placing the cherry on top of a nail-biting day of NFL football with a 31-6 victory over Sean Payton and the Saints. Plagued again by the absence of Alvin Kamara and a consistent performer at the quarterback position, the Saints had zero offensive production and zero percent chance to win this matchup as predicted by the spread of the game (Buffalo -7.5). Other notes from Thursday night? Tight end Dawson Knox rebounded from his mediocre outings in Week 10 and 11 by scoring two touchdowns and capitalizing on all three of his targets. While Knox cements himself as fantasy football relevant and the trade deadline approaches in many leagues, it’s time for managers to ask themselves if trading down at the tight end position is something worthwhile. For me, it was. Having picked up Dawson Knox and Tyler Conklin off waivers on September 30th and October 28th respectively, I questioned the value of keeping Ravens tight end Mark Andrews on my roster. My philosophy had always been to avoid starting multiple players from the same NFL team on my fantasy team, and given the fact that I had two viable TE backups plus Ravens QB Lamar Jackson, I decided to deal Andrews. In return, I received Corey Davis and Josh Jacobs, revitalizing my lineup following injuries dating back to Week 1 in Raheem Mostert, Michael Thomas, and Sterling Shepard.

As per usual, the Detroit Lions and the Dallas Cowboys played on Thanksgiving. Besides acknowledging the validity of the aforementioned tradition, I had never understood why these two teams always played on this day. Well, what if I told you there was no concrete reason? No, there is no contract signed by the NFL commissioner indicating the privilege of these two franchises. No, the Lions and Cowboys do not pay an extra fee in order to do this. Simply put, in 1934 the Lions became the first team to host a game on the holiday and this has stuck ever since! The Lions owner at the time wanted to put his team under the national spotlight and was able to differentiate his motley crew from the others by playing on a country-wide holiday. Talk about a power move! The Cowboys followed suit in 1966 beating the Cleveland Browns 26-14 as a means of expressing gratitude… I presume.

Now, if my name is Jerry Jones and 32 years ago I invested $140 million to become the nominal owner of the Dallas Cowboys, I am shaking in my boots right now after witnessing heart-wrenching, consecutive losses to the Chiefs and the Raiders. Alas, I am evidently not Jerry Jones as he has already moved on from Thursday’s 36-33 loss to the Las Vegas Raiders. According to NBC’s Josh Alper, Jones believes that “[Thursday] is as dead as Napoleon. It’s gone” (https://profootballtalk.nbcsports.com/2021/11/26/jerry-jones-the-sky-is-not-falling/). But still, the Cowboys appear to be in complete and utter freefall at the moment, giving the Washington Football Team and the Philadelphia Eagles another shot at the highly-anticipated and prized NFC East conference title. I understand Jerry’s motive to reassure the media and the fans about his team’s playoff future, but it’s always a head-scratcher when the Kansas City Chiefs, of all teams, limit your offense to nine points. In regards to fantasy leagues, I would still trust the Cowboys’ offense to exceed its projections week to week. This year, Dak Prescott and Ezekiel Elliott have only had two games in which their fantasy numbers fell short of double digits. Even though the Dallas defense looked soft against Las Vegas, Dak did his part throwing for 375 yards, two touchdowns, and no interceptions.

Goff and the Detroit Lions do not win… again

I know they are 0-10-1, but the Detroit Lions have been playing some solid football under head coach Dan Campbell. Out of their ten losses, only three of them were defeats of greater than ten points. Detroit plays tough, hard-nosed football and with the first overall pick from the 2016 draft, Jared Goff, at the helm, they seem to make every game a close game. After Josh Reynolds’s burst of a 39-yard touchdown score, things took a turn for the worse for the Lions in terms of injury status. Star second-year running back D’Andre Swift suffered a left shoulder sprain on Thursday during the first half. Playing without Swift beyond Week 12 would deliver a huge blow to the young Lions bunch as he is the closest thing they will ever have to an MVP candidate in 2021. In the meanwhile, I recommend locking up backup running back Jamaal Williams in your fantasy leagues. The Lions will most likely ease Swift back into the game plan since there is no prospect of them playing past January 9th.