The War on Christmas: Notes from a Veteran 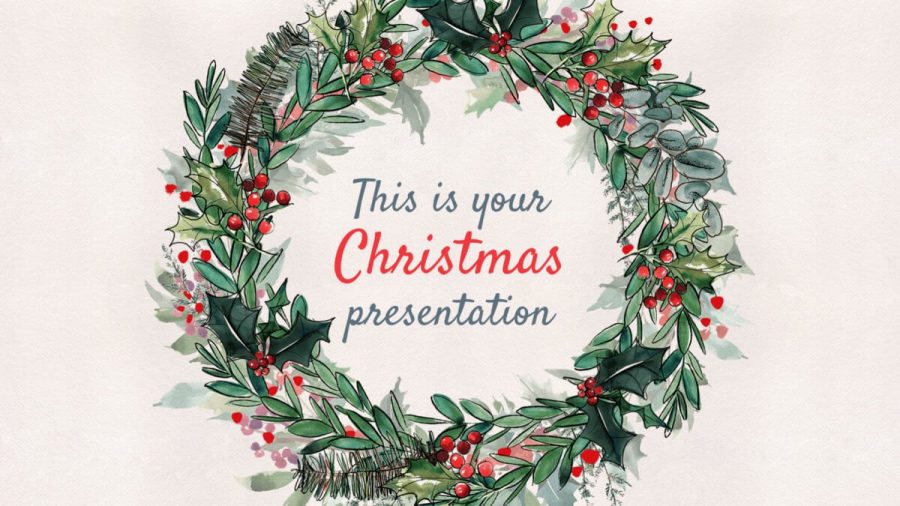 Most wars are relatively obvious, at least to those involved. In the 21st century, every side of every war can expect blown-off limbs, shot-out eyes, or shrapnel-ridden corpses, and any observer can, at the very least, identify what the sides even are. The “War on Christmas” is an exception to these rules of war, as well as the rules of logic, good punditry, or common sense.

Conservative commentators have long attested there is a war on Christian America by shadowy forces, currently manifesting through… major retailers using phrases like “Happy Holidays” or “Seasons Greetings” rather than “Merry Christmas”. Even the shorthand “X-Mas” rather than “Christmas” serves to denude the root “Christ”. Walmart, Target, and Home Depot are apparently using these phrases (allegedly) in the interest of destroying Christmas.

If you told a linguist that multiple wordings of an idea are an attempt to destroy one wording, they would laugh at you. Perry Como and Bing Crosby, both devoted Catholics, sung “Season’s Greetings from Perry Como” and “Happy Holiday(s)” in 1959 and 1942 respectively, far before any talk about any “War on Christmas”.   The abbreviation “X-Mas” dates back to the 16th century, with the “X” standing in for the greek letter Chi, which is the first letter of the Greek word for Christ (Χριστός).

There are no clear causes or effects of the War on Christmas, and there are no clear sides. Those more bold conservative commentators (such as Bill O’Reilly, coiner of the term) have erected what resembles sides in a conflict: belligerents and non-belligerents. The politically correct secularists have declared war (or some shambling simulacrum of it) against the good, American Christians, for no cause that anybody can identify that boils down to more than “they’re bad”. The only undeniably real effect of the War on Christmas is reactionary fear running like wildfire through the more directionlessly conspiratorial members of the religious right.

What a group is scared of can reveal much about the group itself. If you listen to Bill O’Reilly, Christians are scared that “secular progressives” will “destroy religion in the public arena,” so they can realize such bone-chillingly scary policies as gay marriage, legalized marijuana, etc. Any observer may note a couple absurdities in this fear: the idea that alternative sloganeering represents an attempt to destroy Christmas even as retailers drape their stores in red and green to take advantage of the holiday shopping spree, that Christianity is even entitled to special acknowledgement in the public arena above other faiths, etc.

What are Muslim families scared of this holiday season? Hate crimes? FBI surveillance? Profiling? That is, real, palpable, identifiable problems that legitimately violate the ability of Americans to pursue life, liberty and happiness. Ironically enough, those augurs who fearmonger on the destruction of Christianity in the public arena tend to be the ones most invested in the degradation, institutionalization, and marginalization of Islam. Christians, for a long time in America, have had no “fight”. One might assume this would lead them to invent a fight, but this is wrong; it has led them to invent a cultural genocide.

Self-victimization is not exclusive to a wing of political ideology, but it manifests in different ways. When left-wingers get maudlin about oppression, they claim to be victimized by the structure of a state, the weight of history, or a culture’s norms (valid issues, but weepiness is not a solution). When right-wingers self-victimize, they define themselves as being oppressed by leftists, activists, rabble-rousers, or third-wave feminists. They hope to guard society against change; they, thus, are the reactionaries and conservatives. Of course, in times such as these, significant portions of the population support change to the highest degree; therefore, right-wing pundits and columnists must play a different, fake game, where they assert secular progressives are out to destroy everything you love and hold dear.

Conspiracies confirm themselves through denial. Denial of the War on Christmas becomes really just a pattern of denial that proves the war is truly happening. There is no response against such confirmation bias. You do not believe in the War on Christmas for any intellectual reasons, but for the deep, animal fear evoked by even just its name, for something on the outskirts of this world pushing in to take away from you what you love, like an alien invasion, or a monster beneath the bed (or Satan). I really can’t say.

If there’s one hopeful interpretation we can take away from this “war” repeating every year, it might be that it represents the thrashing death of some entrenched and stodgy religious establishment. After all, the “wolf!” cries of the religious right get quieter every year. A new axiom may be heard and tested: When an establishment stops viewing its undesirables with contempt and superiority, and starts viewing them with fear, it is a sign that the power of that establishment is beginning to wane.

This Christmas, I humbly ask for the farce of the “War on Christmas” to end, and for right-wing pundits to find something more worthwhile to talk about.