The long road towards Super Bowl 56 is sure to have its twists and turns given the nature of the game and the offensive prowess of so many teams. 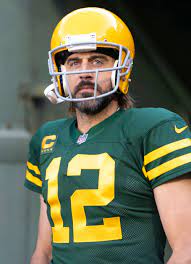 The NFL underwent an 18th week for the first time with 32 teams playing. The addition of an extra week most definitely changed the playoff picture. Prior to Sunday the 9th, only the Green Bay Packers solidified their playoff spot. Other than that, every team had something to play for, whether it was a playoff berth or a bye week.

First, let’s look at the AFC picture. The Titans have the 1 seed, the Chiefs have the 2 seed, the Bills have the 3 seed, Bengals have the 4 seed, the Raiders have the 5 seed, the Patriots have the 6 seed, and the Steelers have the 7 seed. The Titans held on to the 1 seed after a very close ending against the Texans. The Chiefs also had a very close game against the Broncos which gave them the chance to take the 1 seed if the Titans lost. However, if the Titans lose, the Chiefs can take the 1 seed with a win. The Bengals decided not to start many of their starters due to injury and limited the rest in their loss against the Browns. The Bills beat the Jets in a close game that propelled them to the 3 seed, due to the Bengals’ loss. The Patriots fell to the Dolphins, not surprisingly, since the Dolphins have the best record against the Patriots in the Bill Belichick era, so they moved down to the 6 seed. The Colts had a major upset against the Jaguars and the win continued the streak of the Jaguars winning at home since 2014 and eliminated the Colts from the playoffs. The Steelers beat the wounded Ravens in overtime and gave them the 7 seed and allowed Big Ben to play at least 1 more game. Finally, in the primetime game Sunday night, the tie-gate, the Raiders beat the Chargers, since the Chargers coach called a timeout instead of letting it tie and both teams going to the playoffs, and gave the Raiders the 5 seed.

On the other side of the bracket in the AFC, I believe the Steelers and the Raiders will both easily lose in the first round,  just like the result when both teams faced their opponents earlier this year. The Bills are likely to lose against the steaming hot Patriots again. This leaves the Titans, Chiefs, Bengals, and Patriots. From there the Titans will play the Patriots, their second matchup of the year with the Titans getting dominated in the first one. Personally, I believe with Derrick Henry back and the rest of the team rested the Titans will be able to pull through in a close game against the Patriots. I believe that the Bengals will pull off the upset against the Chiefs and leave the AFC Championship game between the Titans and the Bengals. With that being said I think the young talent of the Bengals is going to crack under pressure leading to the Titans taking home the AFC Championship.

Now for the NFC. The Packers have the 1 seed, the Buccaneers have the 2 seed, the Cowboys have the 3 seed, the Rams have the 4 seed, the Cardinals have the 5 seed, the 49ers have the 6 seed, and the Eagles have the 7 seed. The Packers just lost to the Lions after already clinching the 1 seed. The Buccaneers destroyed the Panthers and ran up the score a lot towards the end of the game, even with their hurt team, and the Antonio Brown drama. The Cowboys breezed past the Eagles, nearly doubling their score. The Rams barely lost to the 49ers in an OT drama-filled game, with Jimmy Garopollo taking lead. The Cardinals also suffered a loss which kept them from taking the 4 seed, as they lost to the Seahawks. In this last month of games, the Cardinals have not played well and don’t have much momentum going into the playoffs.