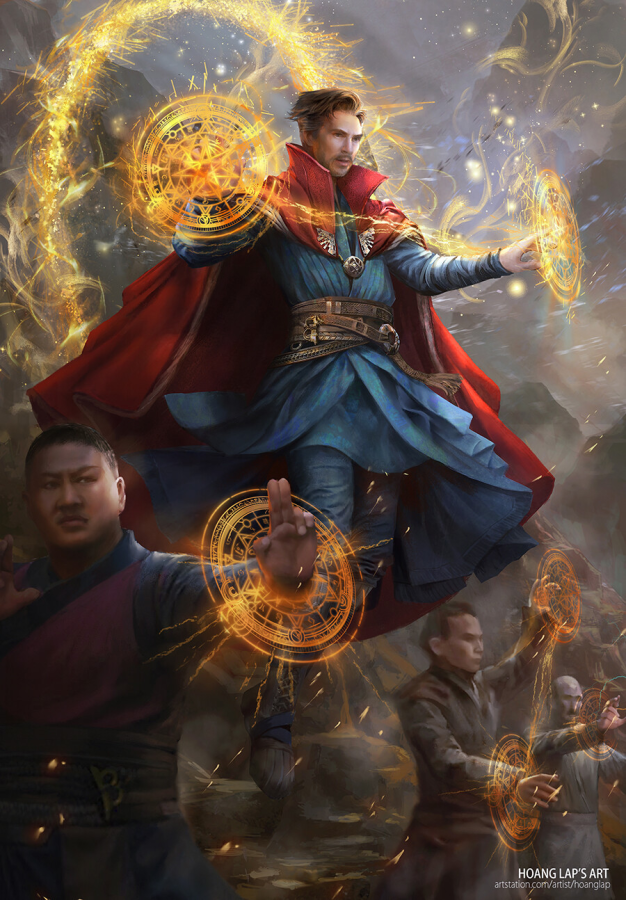 2022 was full of surprises: Elon Musk’s Twitter acquisition, a somewhat confusing stage in the coronavirus pandemic, and finals creeping up next week. What was not surprising was another Dr. Strange film designed to establish itself as cannon, forcing viewers to sit through a film that’s way too long, eating food that’s far too salty. With a 200 million dollar budget, Dr. Strange and the Multiverse of Madness manages to stretch CGI boundaries while confining itself to the impossible-to-go-wrong values typical of a corporate movie. Even though the adrenaline was running and lights flashing throughout the entirety of the runtime, the film became quickly forgotten in the weeks afterward and morphed with the other flashy Marvel epics like the Iron Man franchise. It’s weird to say, but we’ve come to a point where a 200 million dollar CGI film can no longer become its main selling point.

The movie starts with Wanda Vision dreaming about her lost children (difficult to empathize with if you didn’t watch the entire Wanda TV show). Using dark magic and risking the fate of entire universes, she traverses the multiverse for the sake of taking new children from an alternate universe to replace them. Strange tries to repeatedly reason with Wanda, but she insists on killing everything in her path anyway. The debacle makes viewers wonder if the entire film could’ve been avoided if the female lead had been more reasonable. At the film’s ending, Wanda realizes she was, indeed, behaving badly, and kills herself.

Dr. Strange is full of these unsatisfying little things. Across all the multiverses, he couldn’t find a single one where his previous love interest, Christine Palmer, would get back together with him again (cue Taylor Swift song). While the story points out this is mainly due to Strange’s narcissistic personality, it should be noted that the final straw was when Strange lost his hands and most of his net worth. When Christine from multiverse 3 rejects Strange again even after going through an entire character arc, the audience is once again left with an emptiness that feels too close to life.

Would I recommend Dr. Strange and the Multiverse? No. Are people going to watch it anyway? Absolutely. The theatre flooding with people during my viewing of the film spoke to the power of Marvel in dragging teens across two towns to goad at flashing lights and famous actors. Needless to say, you can expect me to be in cinemas again when Dr. Strange 3 comes out, begrudgingly chewing on popcorn as the wizard saves the universe once again.